Below are some videos that you can watch.

Proud and honoured to have been on the John Gormley radio show today (Sept 30, 2021), this day an inaugural day for Truth and Reconciliation with Alex Tawpisim . Click on the following link to listen to the show:
https://iono.fm/e/1107394

Click link below to view the four minute introduction/presentation video

Canada Remembers: Its Time to Say Thanks

Canada Remembers: Women Who Have Served and Sacrificed

The Making of Canada Remembers: A Veterans Reunion

The documentary “Canada Remembers Our Heroes: The Liberators”, directed by Anthony Towstego is airing on May 5, 2021. CBC Radio host Leisha Grebinski speaks with Towstego, the president of Saskatoon company Thomega Entertainment.

Much appreciation to Matt Young and CTV Saskatoon, helping to inform the public about our latest Canada Remembers Our Heroes Documentary, the Liberators. May 5th is the anniversary in the Netherlands 🇳🇱 please tune into Ami-tv on Wednesday, May 5 at 6pm CST. Story is about six min into this newscast.

Director of Canada Remembers Women Who Have Served and Sacrificed, Tony Towstego, speaks at a press conference at the Nutana Legion Wednesday, with female veterans at his sides. L-R: Beth Marie Murphy, Tony Towstego, Ruth Bond-Martinson and Dorothy Harder.

Saskatoon Morning with Leisha Grebinski (CBC Radio)
Since 2001 it’s been providing students and teachers in more than two hundred Saskatchewan schools with historical knowledge of the service and sacrifice of veterans. Now Saskatoon’s Thomega (toe-MAY-gah) Entertainment with be distributing its Canada Remembers documentary series in a number of schools across the country with the help of Canada’s legions.
Listen to the live interview with Tony and Brian
Listen to CBC Radio’s live streams and shows on demand.

Natalie Duddridge is an award-winning journalist. She joined CBS2 News as a reporter in February 2018. We are proud of Natalie’s participation early in her career on Canada Remembers Our Lasting Legacy as youth interviewer. Click here to see what she is doing now.

To Our Canadian Troops Commemorative CD

June 6, 1944, James M. Doohan of Vancouver, led D Company of Royal Winnipeg Rifles ashore at Juno beach. He would be shot 6 times, survive and go on to become Scotty on Star Trek.

“This kind soul was one of the first Veteran interviews I ever had. It was the mid eighties when James Doohan shared his story with me” Anthony adds “We had a bottle of fine red French wine and Chinese food that night when he opened up to me. Sadly, I had no camera on him. He shared in tears his vivid memories of his war story. I was mesmerized. And yes he did reveal his half finger to me… that he would conceal from cameras. .. amazing man”

Although he played Scotsman Montgomery “Scotty” Scott on the original “Star Trek,” actor James Doohan was Canadian and served in the Royal Canadian Artillery during the Second World War. Doohan was among the first wave of Canadians to come ashore at Juno Beach on D-Day. After taking out German snipers, Doohan was himself shot six times, losing a finger on his right hand. He would conceal that wound during most of his career as an actor. Toughest red shirt EVA!!!!

The Thomega Canada Remembers Commemorative School initiative team was pleased to approve the use of the projects iconic brand image (Canada Remembers Boy on plane wing) on the cover of the Saskatchewan Royal Legion Command Recognition Book distributed to thousands throughout the province in 2019 This brand was also used in international publications.

For the following articles, please click on image to view a larger version. 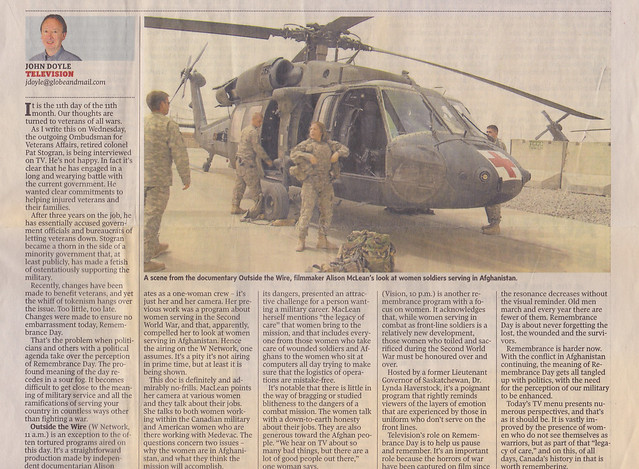 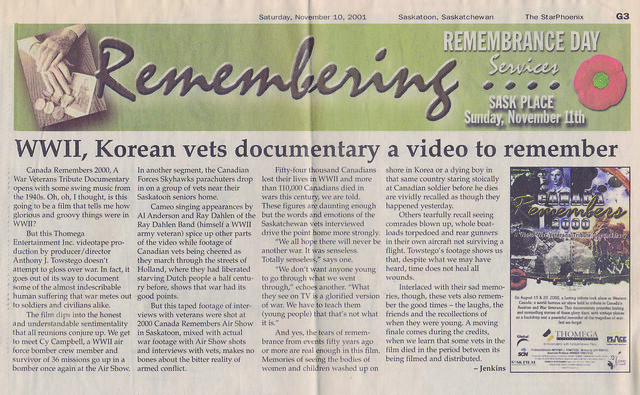 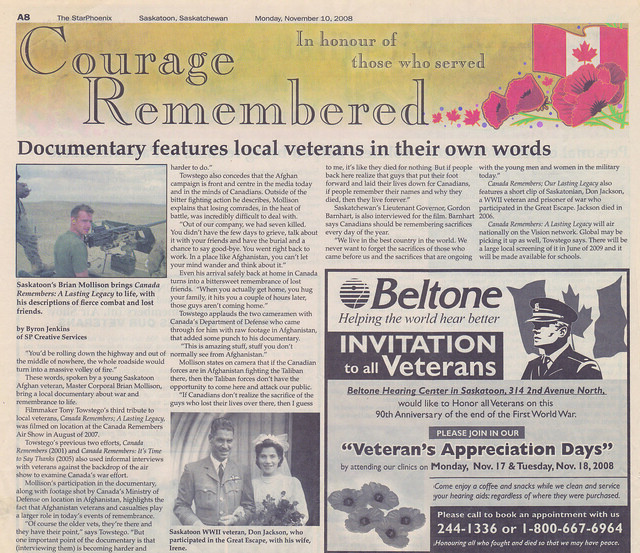 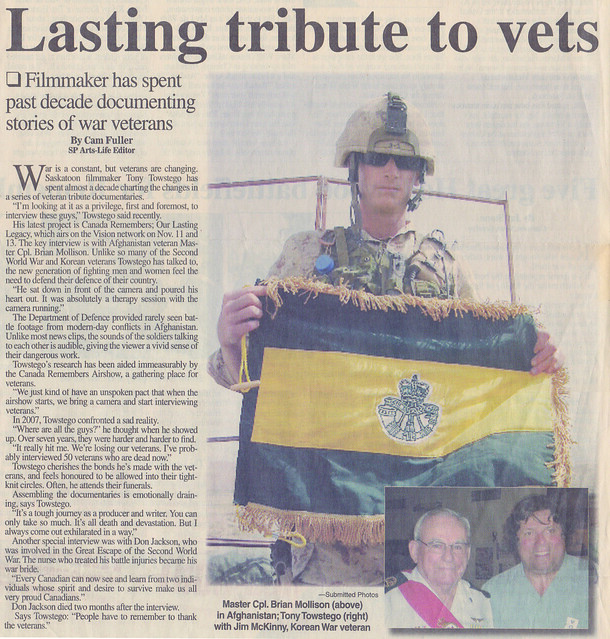 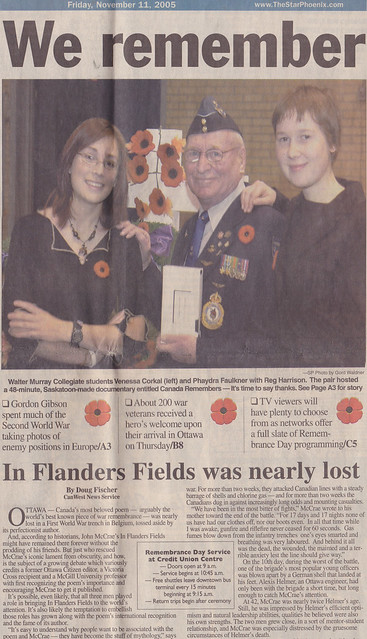 This poster courtesy of the Canadian War Museum and appears in Canada Remembers Women Who Have served and sacrificed, hosted by former Saskatchewan Lieutenant Governor, Honourable Lynda Haverstock.